Marta, the Brazilian athlete who is considered the greatest female football (soccer) player of all time, made it to the men's World Cup finale.
And Avon made it happen.

In this video, Marta revisits the place where her professional career started: Rio de Janeiro. Rosa Luz, a black trans activist performer describes how seeing a strong, powerful woman like Marta thrive on the field had a huge impact on her life - and the lives of so many Brazilian women.

Despite the fact that nearly half of the FIFA World Cup's fanbase is female, this was the only ad during the TV break that targeted women.
Representativeness matters. 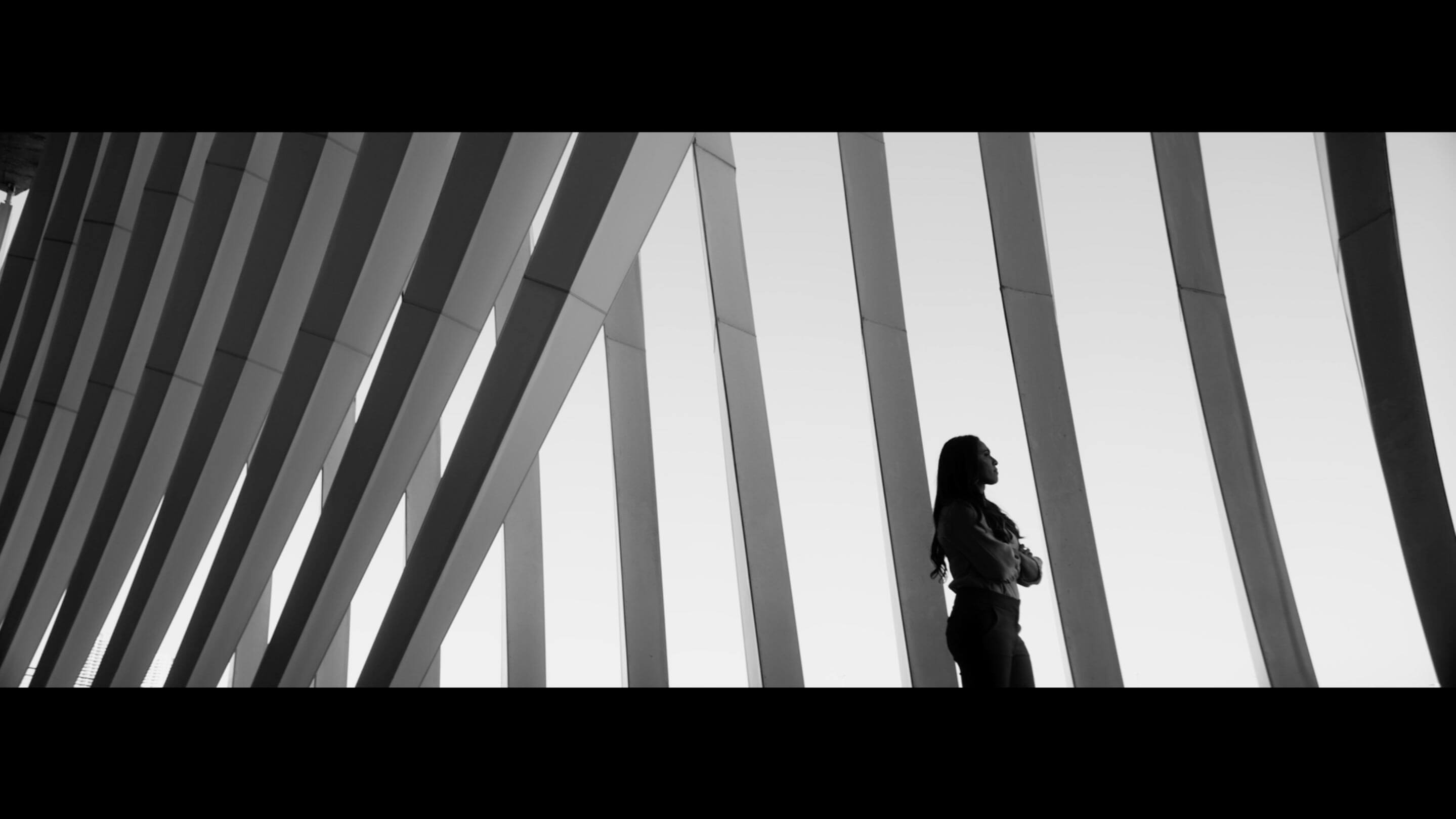 2019 was extra special: it was time for FIFA Women's World Cup. And of course we wouldn’t miss the opportunity of working again with The six-time Women's World Player of the Year.

This time, we would promote a perfect product for her: Power Stay, a lipstick that lasted for 16 hours straight. Just as Marta, who would make her last appearance at a World Cup, this lipstick was Here To Stay.

The idea: a LIVE demo, in front of the whole world, to prove that would last the entire match. Sweat and all.

The repercussion was far beyond our imagination - for reasons that were not product related only.

And exactly because it was more than just about make up that the stunt was effective in every single possible aspect. Not only Avon Brazil sold more than 16 lipsticks per minute, but it was Power Stay that was in Marta's lips in every video and photograph while she played a major role in a much bigger worldwide conversation about sexism in sports.

That’s what you get when you work with the Queen. 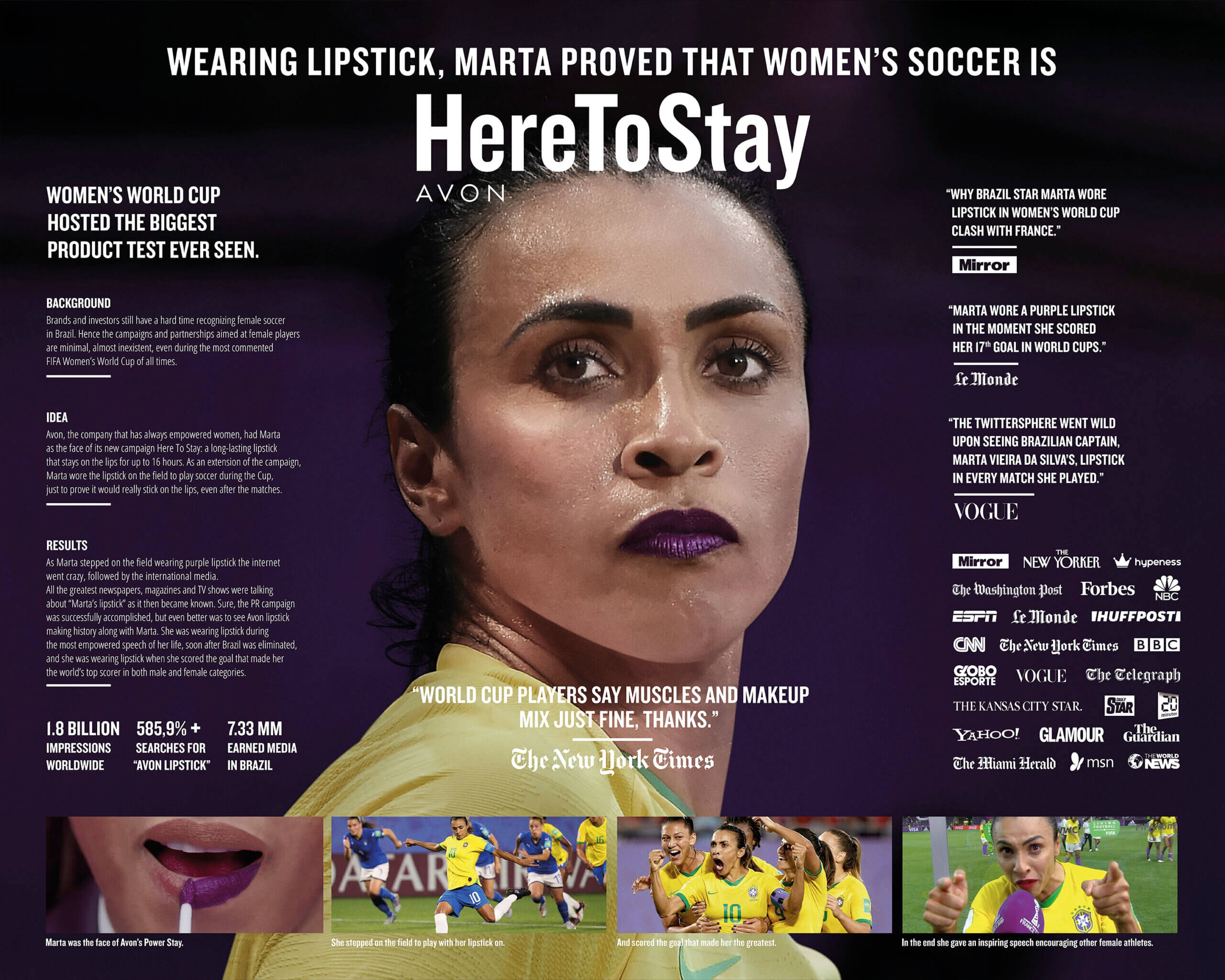 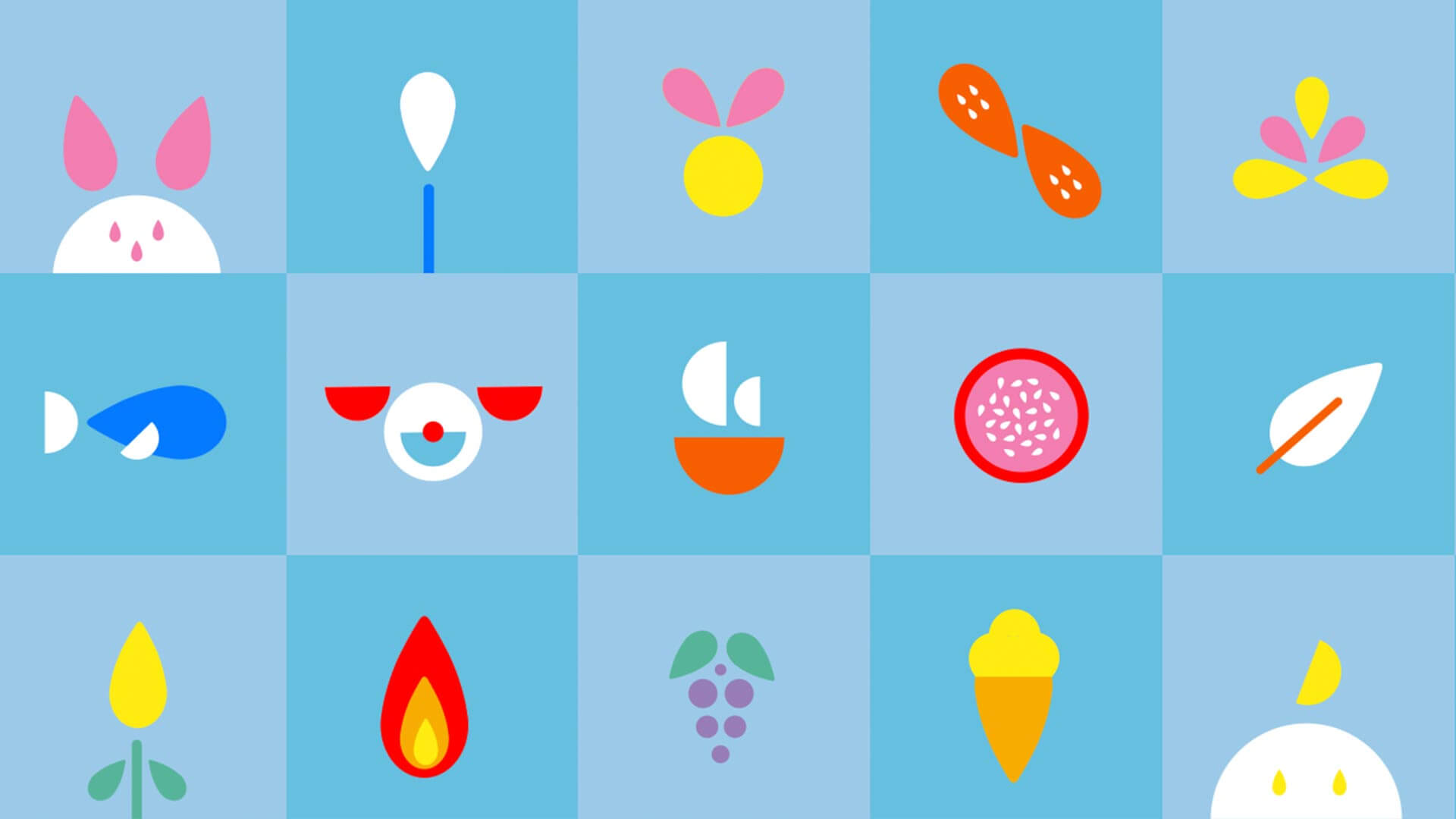 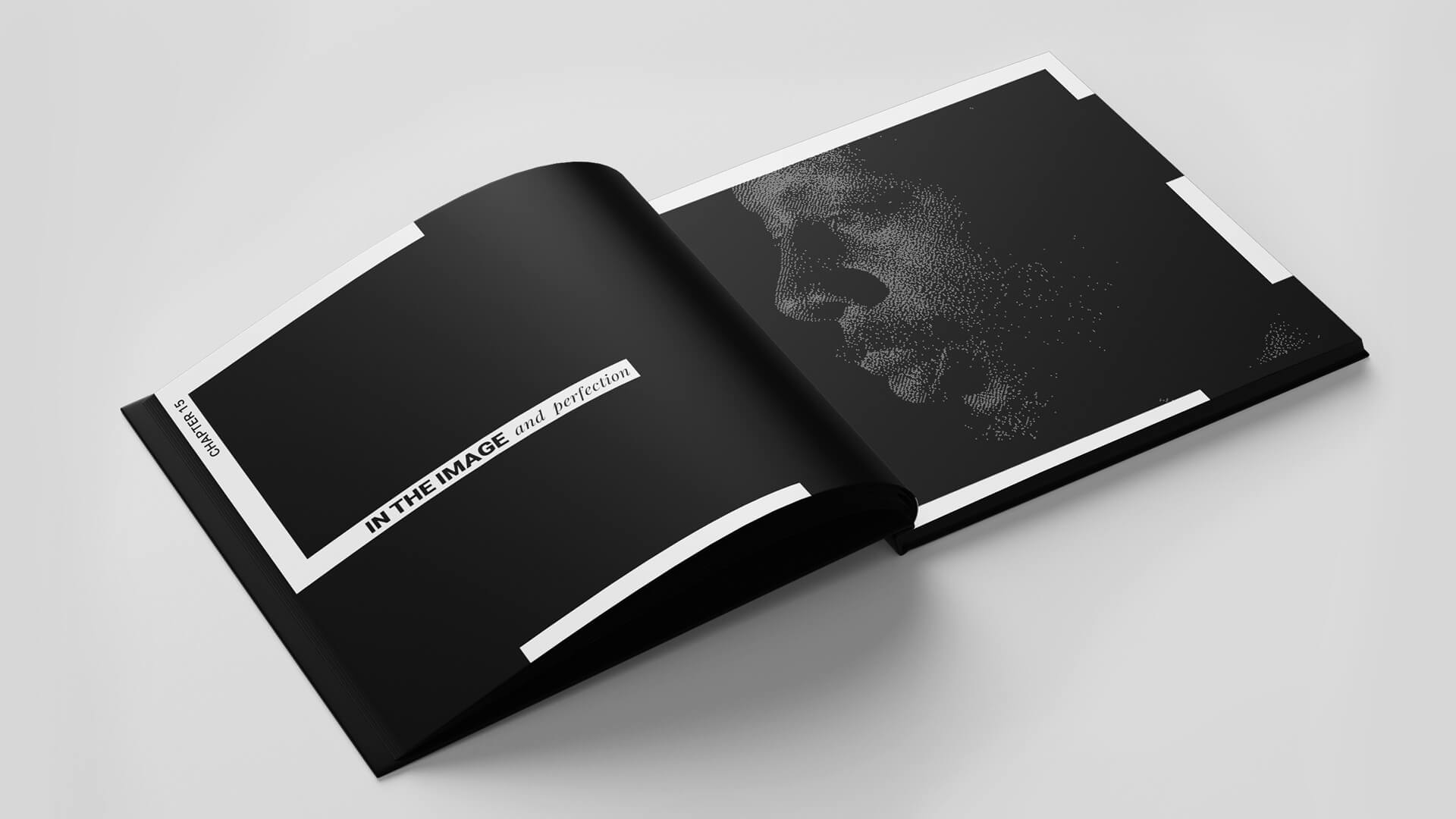 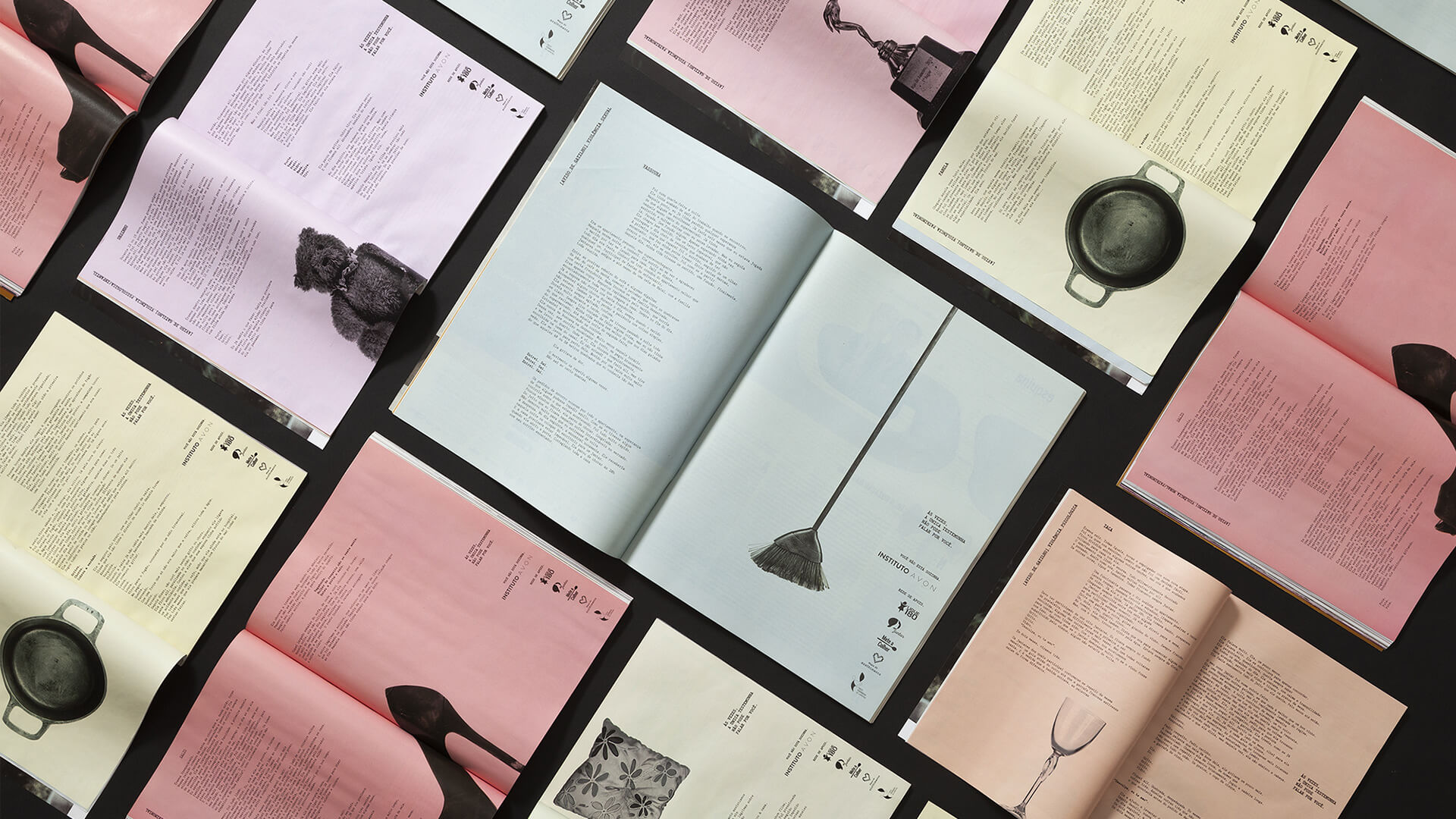 you are not aloneProject type 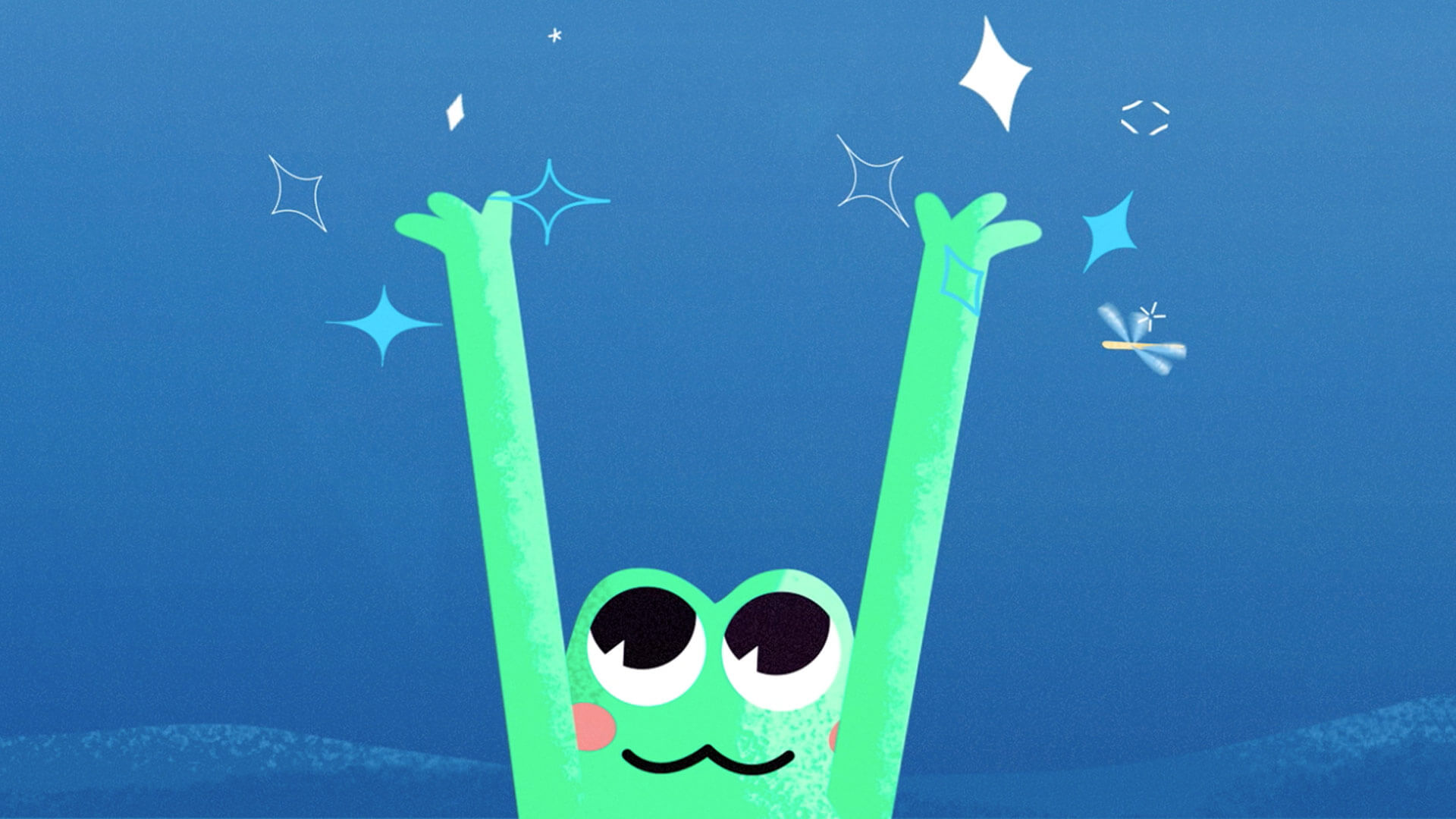 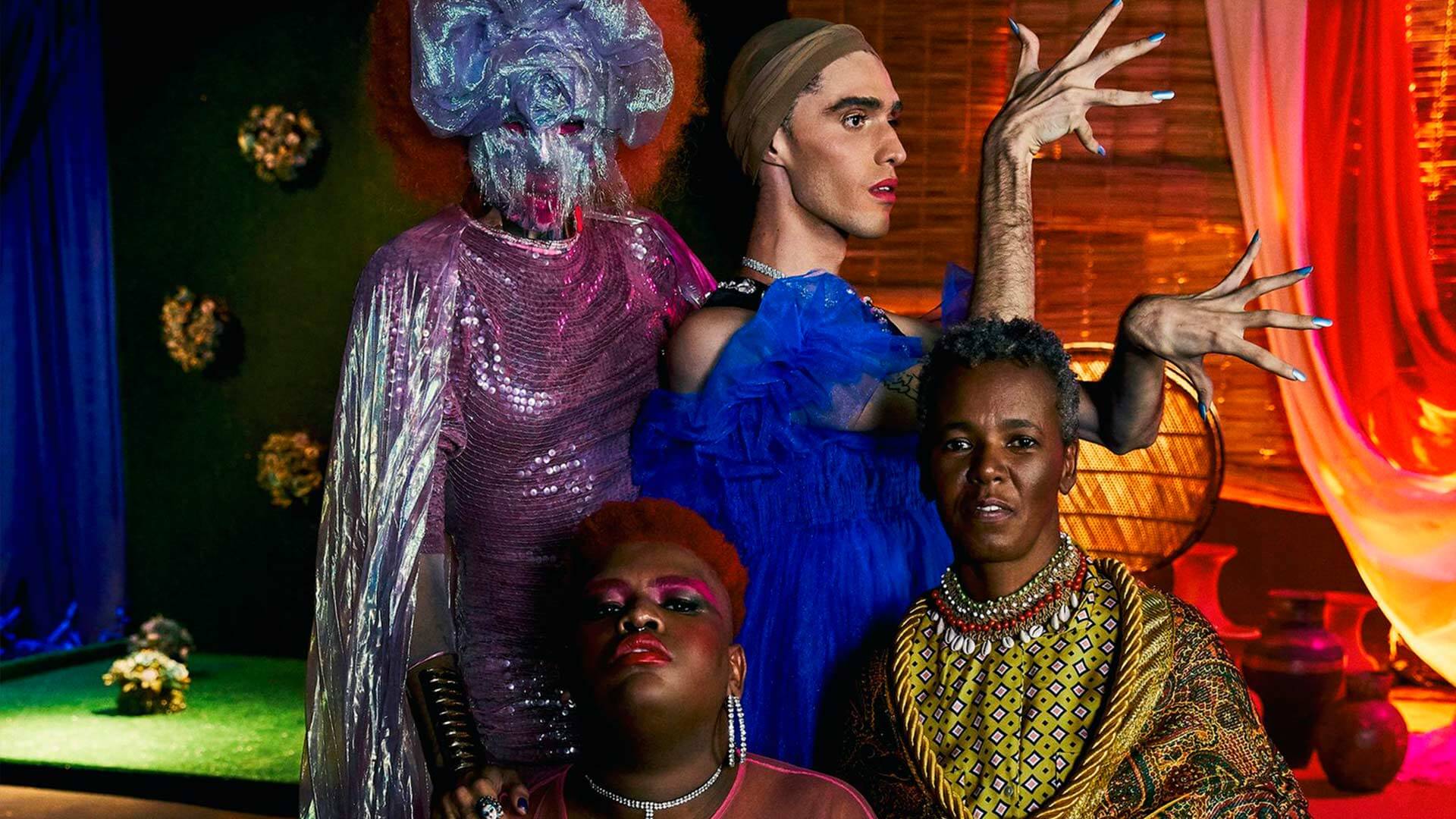 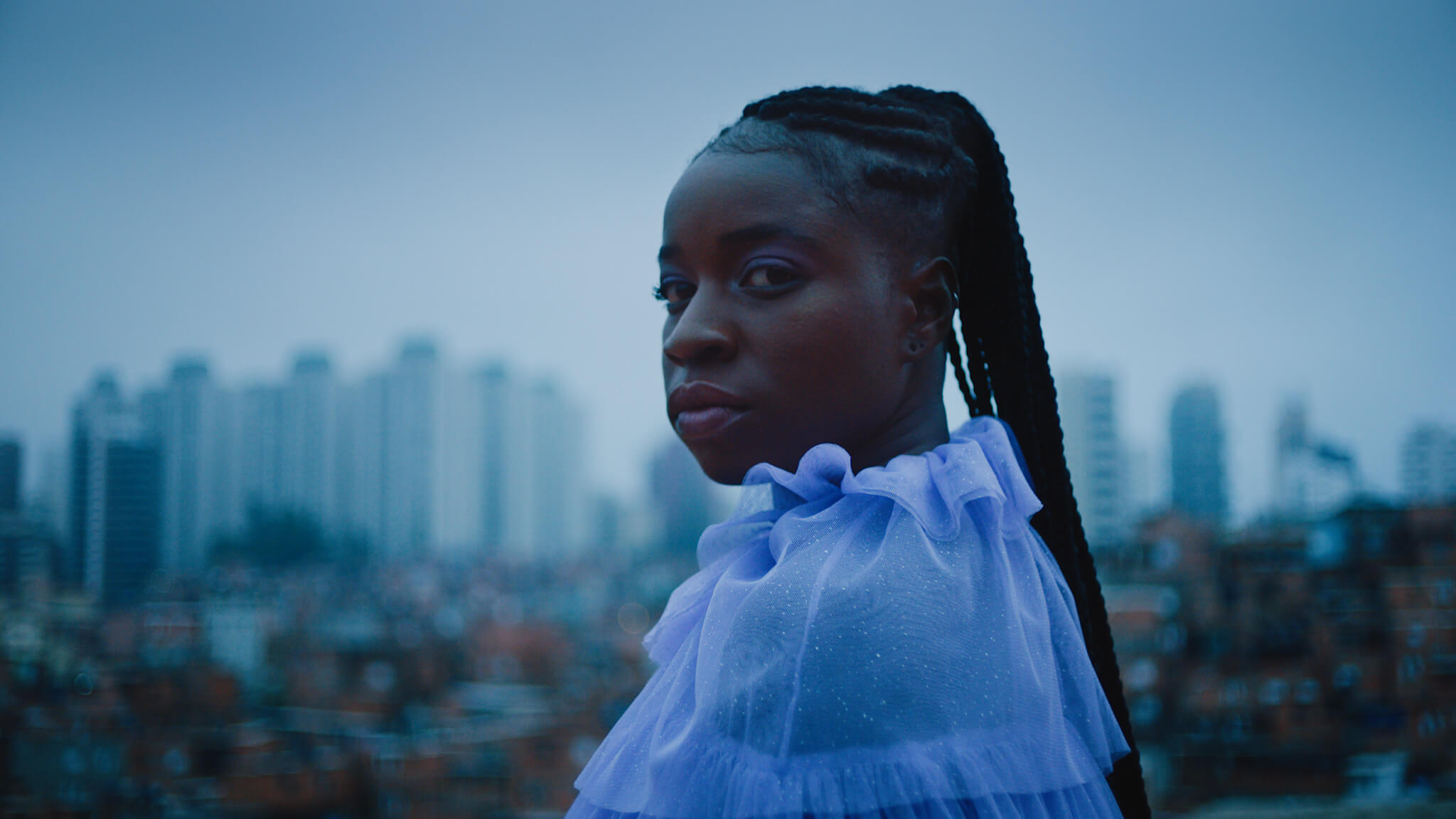 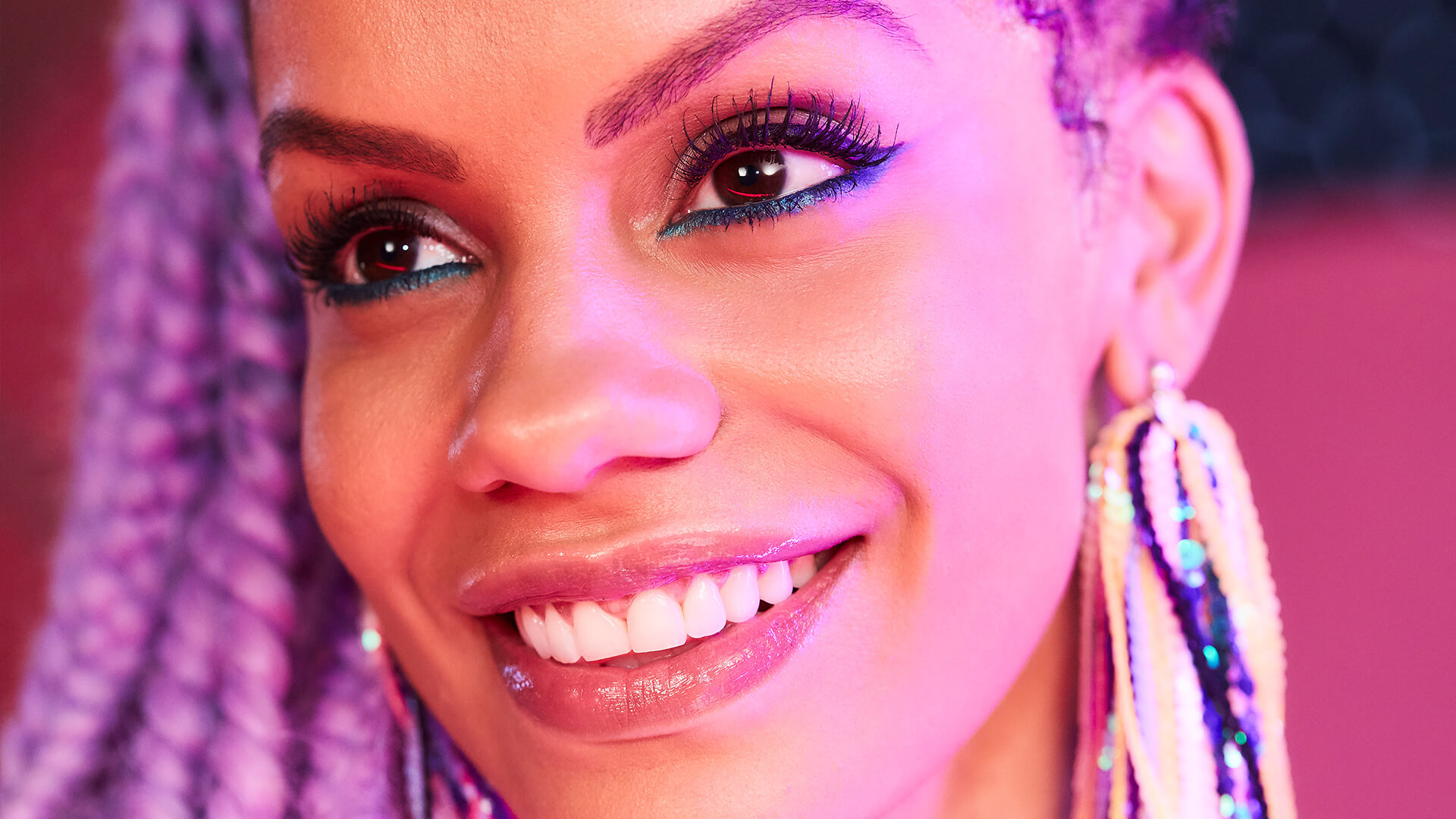 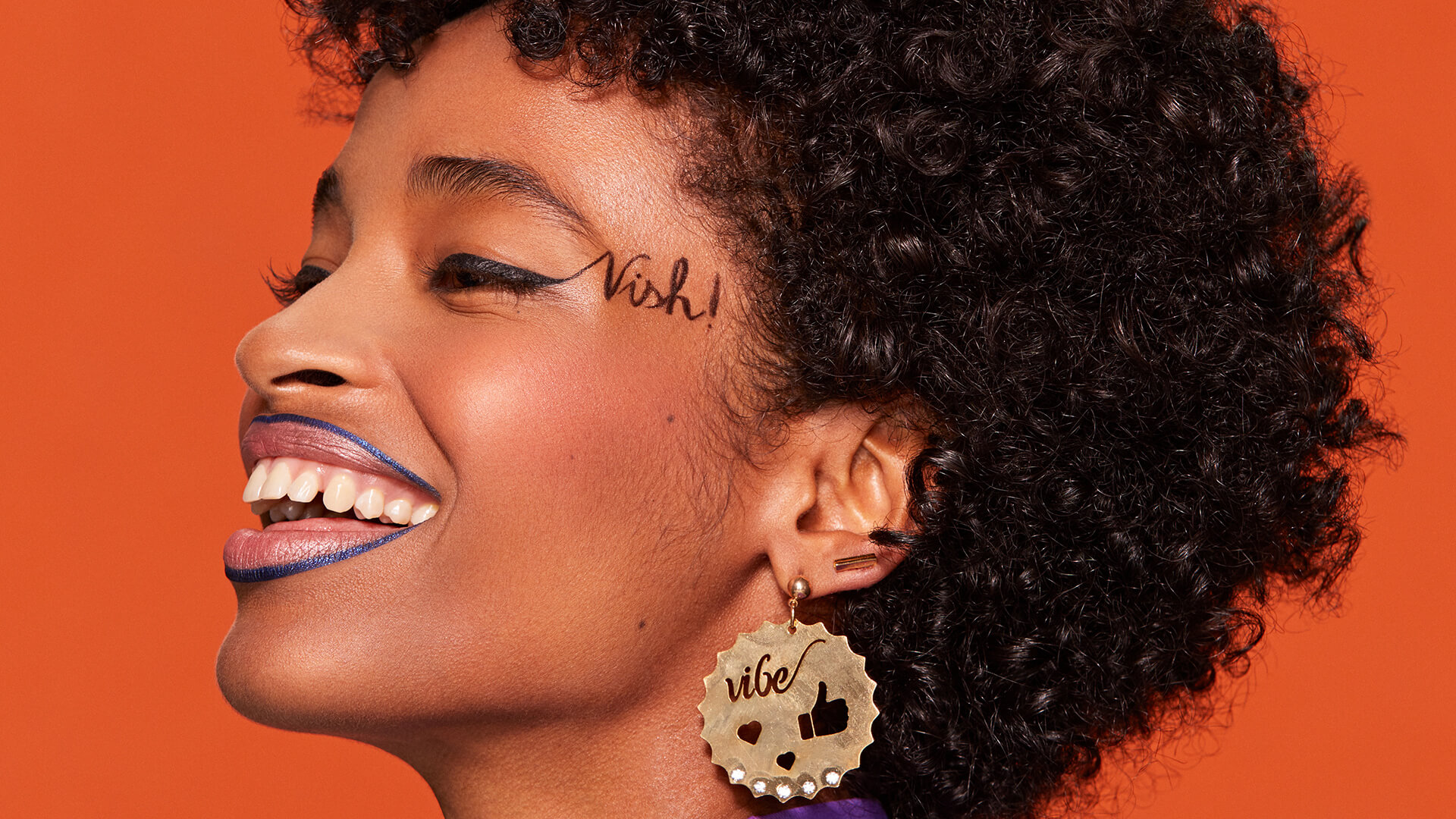 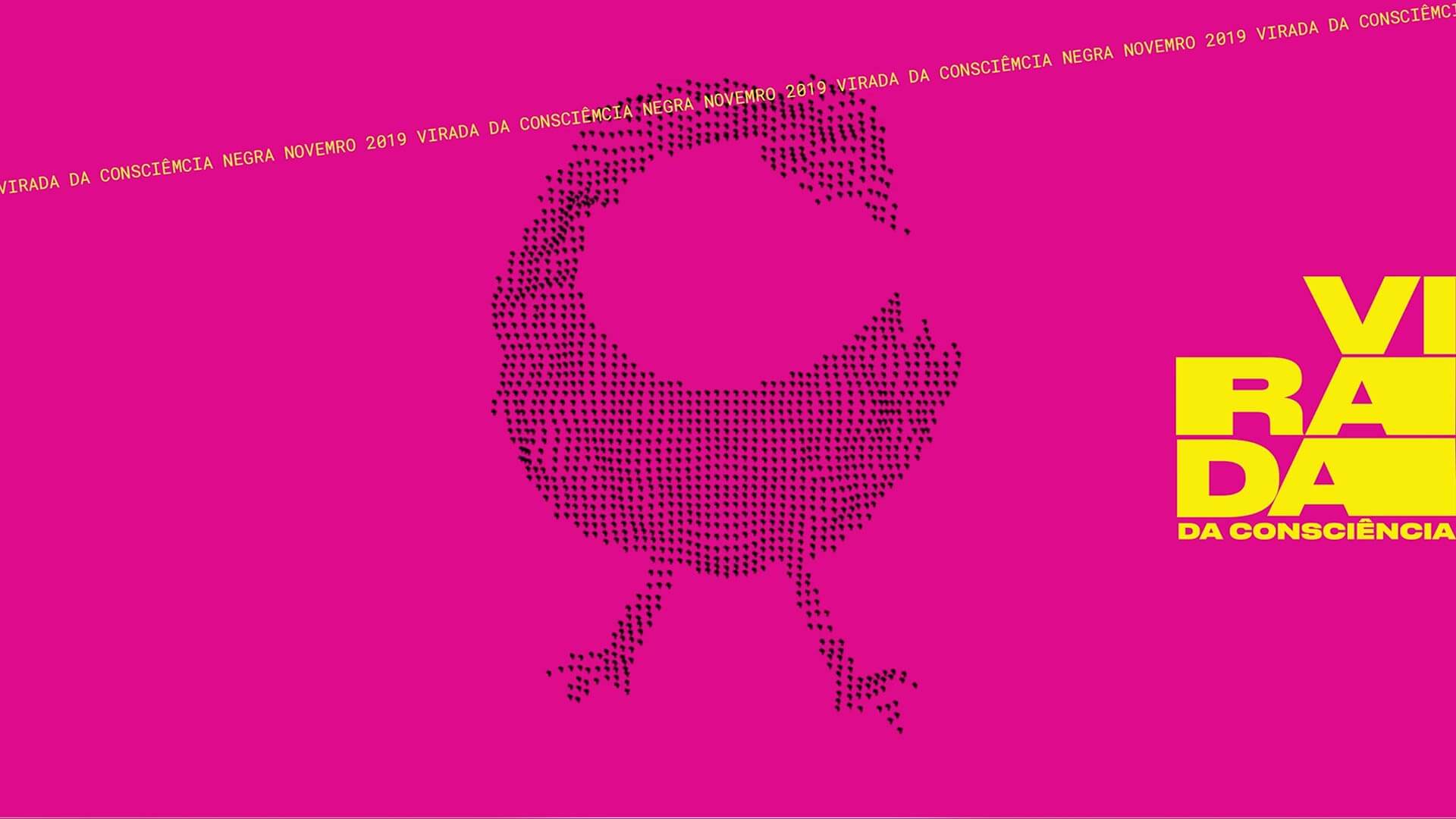 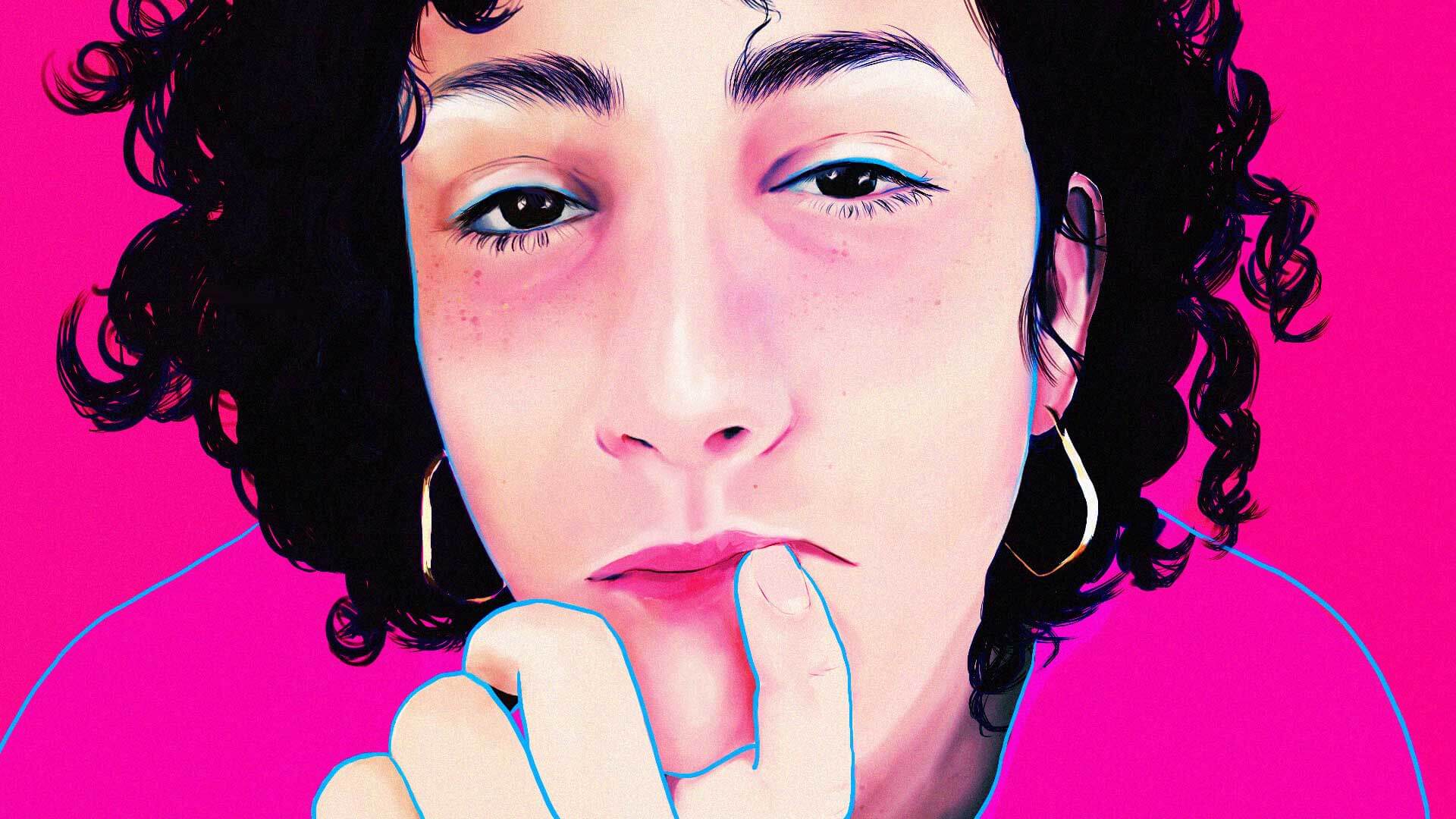